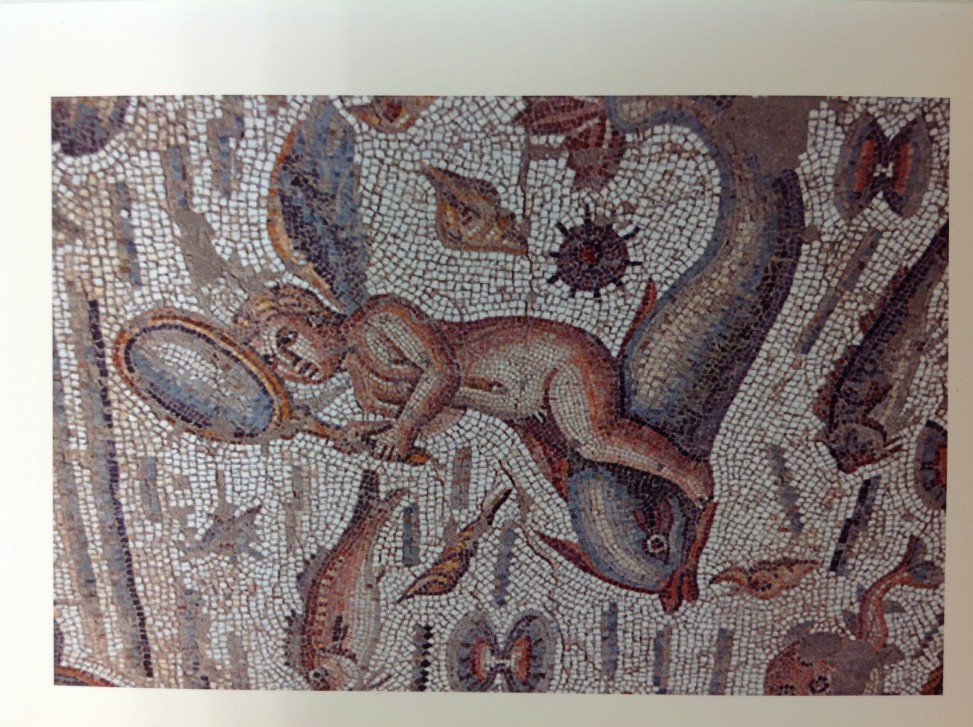 The subject matter of this piece is a Cupid holding a mirror riding a fish (dolphin). The work is a Roman mosaic. The tiles are placed separately but this does not mean that it did not take great skill. There is very little sense of depth in this piece due to the floating symbols and fish among the tiles. Due to the symbolism placed in the piece the work looks very cluttered and little negative space. The nautical references like the wheel and shells along with the water life reflect the importance to the culture of the time. There is a source of light present and shown by highlighting the baby’s body and the fish. There are also lowlights on the cupids wings and on the fish to give a sense of shadow. The colours used are mostly primary; red, yellow, blue, along with white as the background and black (dark brown). The work comes from Bulla Regia, a previous Roman city in Tunsia (Northern Africa). It was found in the first half of the twentieth century in the house of Amphitrite.