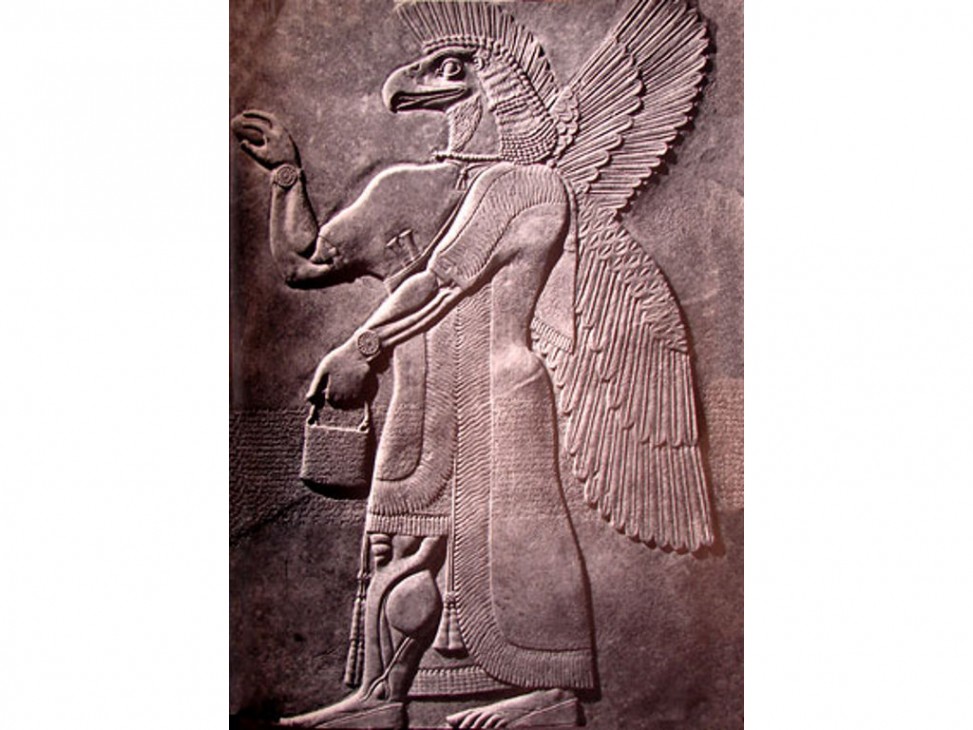 This piece is a stone relief panel of the Assyrian God Nisroch, an eagle-headed, winged man with exaggerated muscles. He is said to be the Assyrian God of agriculture. Nisroch is always depicted holding a bucket/watering vessel in one hand, and in the other hand he holds a fir cone that is extended out in front of him, often towards a tree-like structure. This gesture is said to depict Nisroch watering or fertilizing crops. This piece could be used in worship or ceremonies in order to pray for a bountiful harvest, or it could simply be a piece that is used to pay respect for the help Nisroch gave to the people. The relief is incredibly detailed for the medium, with each individual feather depicted with great care. Nisroch is often depicted wearing either a beaded bracelet or watch. The relief panel is made of Gypsum Alabaster. Although the artist did not use the medium in their design, it is a design which would have been difficult to replicate in several mediums because of the way the smoothness and curve of the stone helps aid the stylistic feel of the piece. This piece was found in Nimrud, Mesopotamia and it was made roughly in the years 883-859 BC. It is currently located at the Metropolitan Museum.