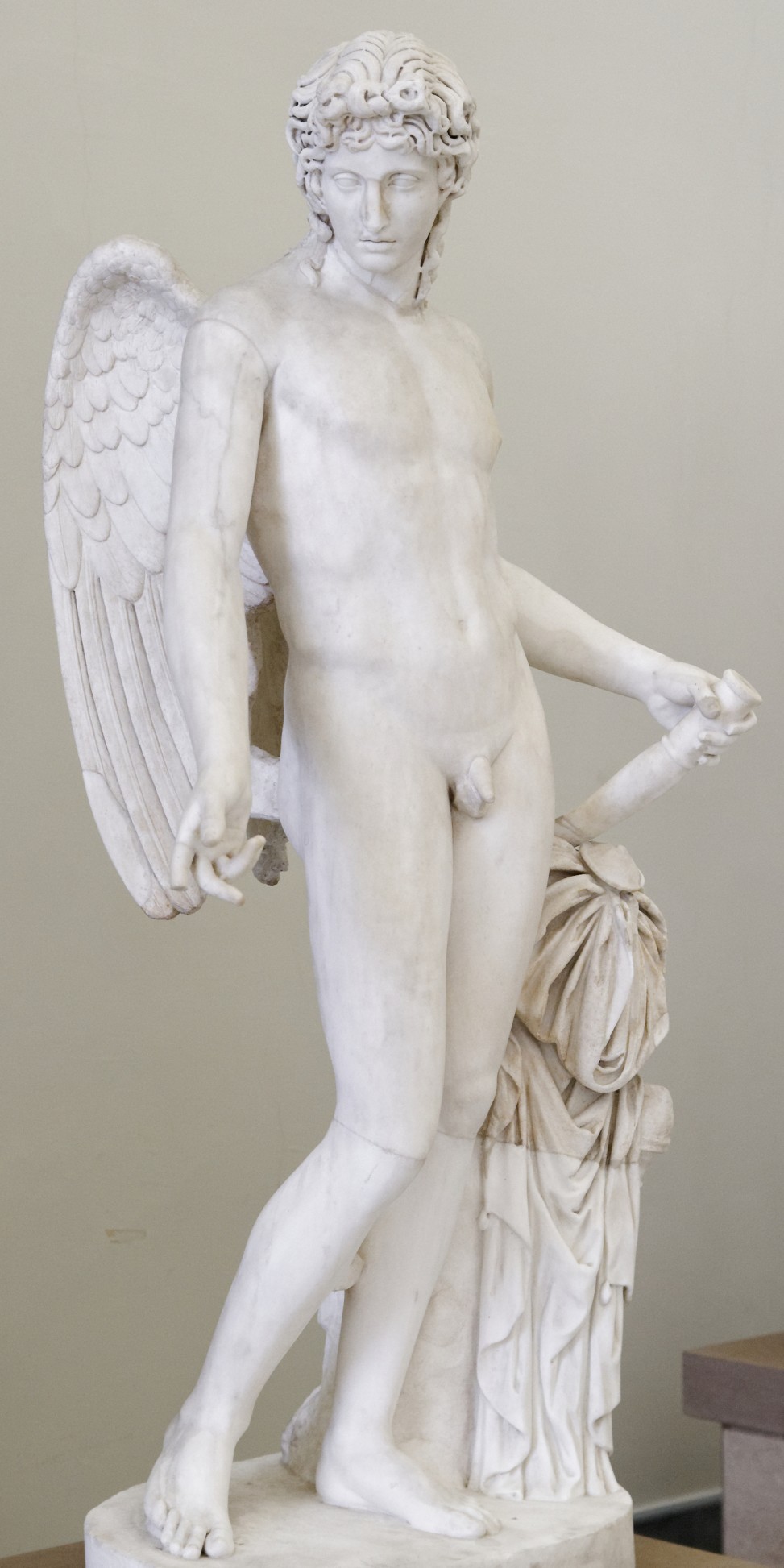 This piece of artwork is held at the National Archaeological Museum of Naples, in Naples, Italy. This Roman copy of Eros, the Greek god of love, is made out of marble and dated back to around the 2nd century, C.E. Roman copies of ancient Greek art were commonly made during this time period. Many speculate it to be a copy of the colossal Eros of Thespiae. The original statue had been attributed to one of the sculptors in the circle of Praxiteles, some of the most well-known attic sculptors in Ancient Greece out of the 4th century, B.C.E. The Romans had obtained the large bronze original by the early 1st century, C.E., and it inspired many Roman sculptures that had been in praise of their equivalent god, Cupid. Unfortunately, it is unclear as to which Roman artist recreated the piece. The original statue was made as a way of worshipping the god, Eros. The Roman copy, Eros Farnese, was likely made because the original sculpture was so unconscionably beautiful. Our marble statue has an adolescent body, which is outlined in the details of the chest. His curly hair flows around the face and down his neck. The facial expression of this carved stone figure gives the impression that Eros was uninterested in what he was looking at. The statue’s wings resemble those of an angels. They look soft and almost touchable. This was perhaps a result of the fact that the feathers themselves lack very much detail. It was rather common for the Roman copies of statues to be supported by a strut as they were much weaker than the bronze originals. In this case, this strut appears to be a thick mantle pighe. It also looks as though Eros is carrying a quiver in his left hand. However, there doesn’t seem to be a bow in sight. Citations: https://commons.wikimedia.org/wiki/File:Eros_type_Centocelle_MAN_Napoli_Inv6353_n01.jpg