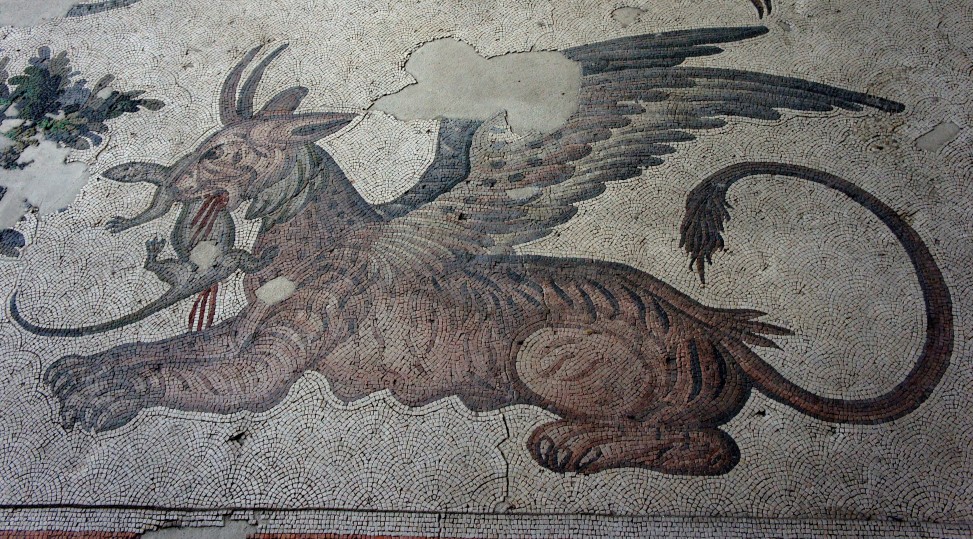 Describing what we see: This piece is a mosaic that depicts a griffin eating a lizard-creature. It does not appear to be a narrative as the image seems to be able to be independant and not tie into another work. The work itself is highly stylized and uses smooth, flowing lines. The colour scheme is predominantly earthy tones, with the exception of the white/blue background which aides in adding a contrast between the subject and the background. This piece, being a mosaic, does have a specific texture to it which helps to catch the eye with it’s bright colours and method in which the tiles were laid down in specific patterns. The way in which the individual tiles are methodically placed adds rhythm and harmony to the depicted image. The shape of the figures is smooth in contrast to the straight, hard edges of the individual mosaic tiles. The image could possibly be representing a myth or legend of Greek mythology.