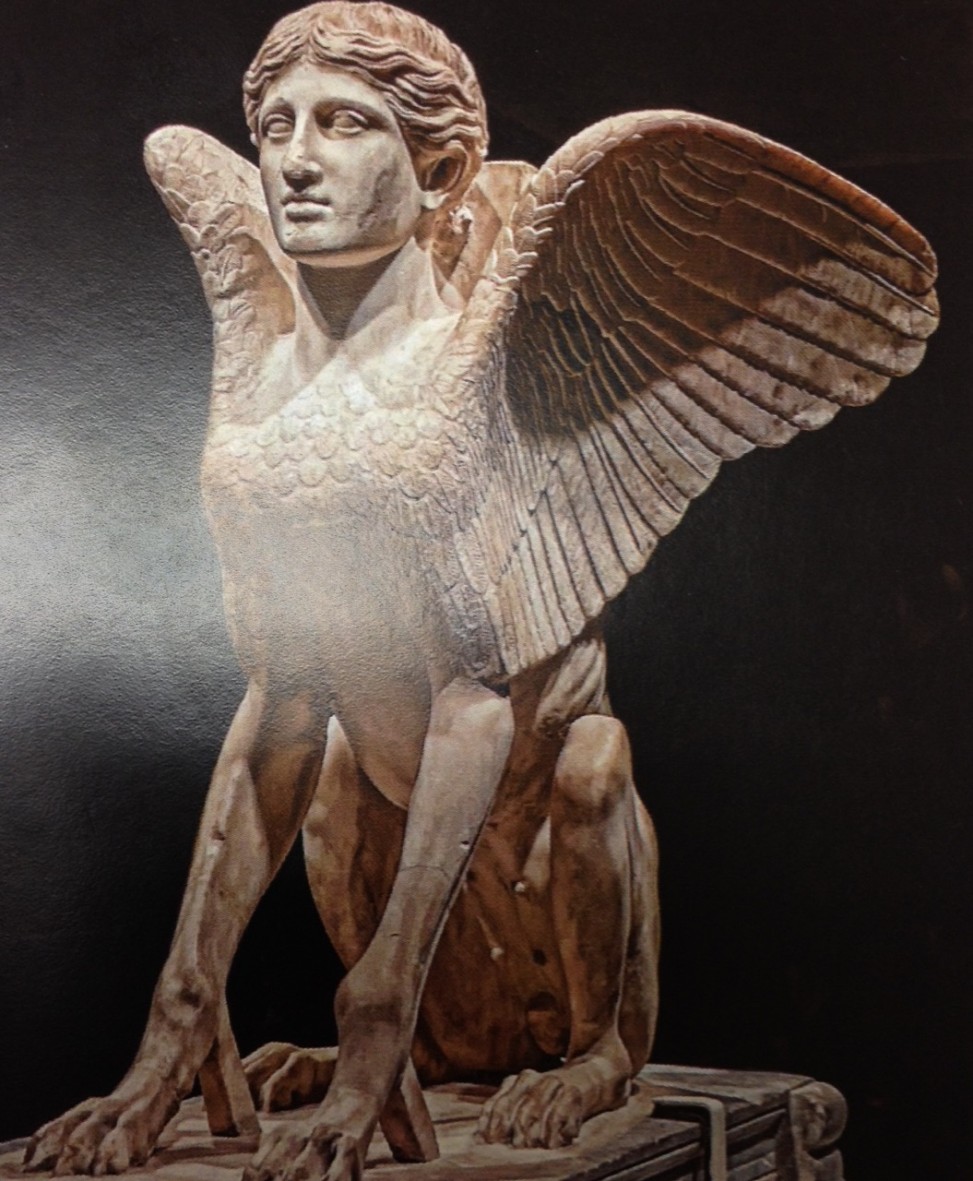 Harpy or Siren -harpies steal things from people, mostly food. And are very mischievous -Sirens sing a song to lure people to them – Sculpture made of stone, marble? – In this picture the bottom half of the sculpture almost looks like a painting -Looks very noble because of its stance and the facial expression -texture created using the repetitive lines in the chest, wings and hair, but the bottom half is smooth – I realized it is not a harpy because harpies are half person half bird and the bottom of this creature is a lion -Eye is drawn vertically because of stance. -3D -Leslie feels the head is too big for the body – I don’t think it would have the same effect if it was in another medium. As a sculpture it seems to have a presence that I don’t think would translate as a painting or something else.