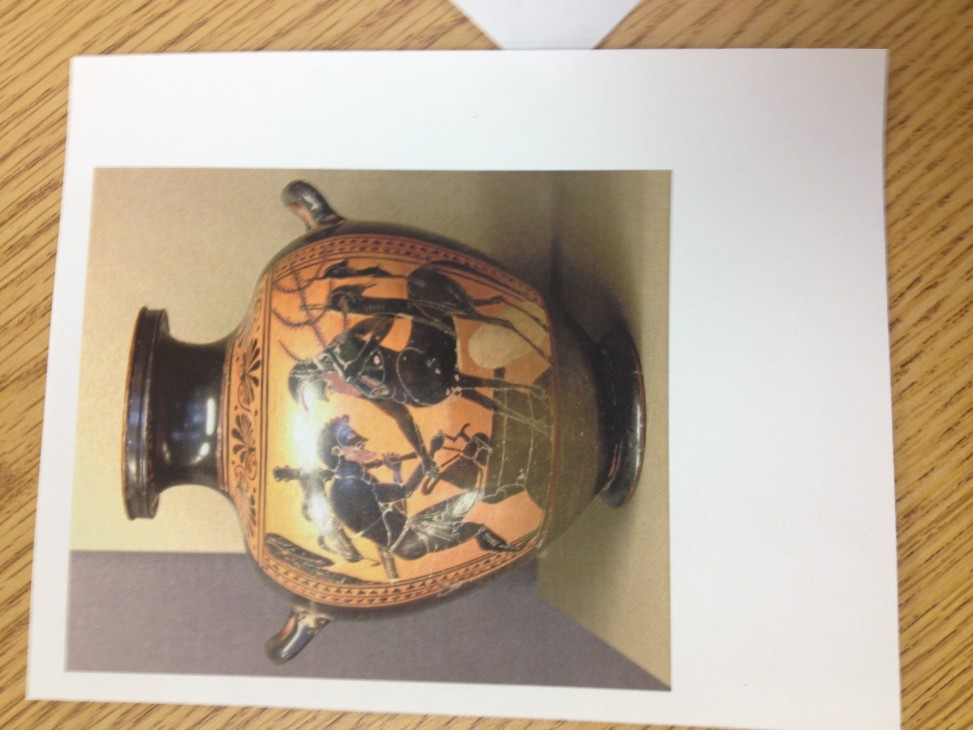 This is a black figure narrative on a clay vase. There are two figures, a man and a centaur, standing by a well/table. The centaur is holding a branch with two rabbits hanging off of it, and a watering can. The man is holding somesort of stick, it is unclear what it is. Line is used throughout the piece, playing an important role. It seperates the figures from the ground and illustrates important features. The figures are flat, and there is a lot of negative space. Patterns are used mostly for decoration around the illustration. There is not a lot of tonal contrast within figures but there is a high contrast between the background and the foreground. The colour scheme is black and a rusty oragne and red. There is no physical texture but there is an illusion of texture on the clothes. The elements are organized in a balanced way, this is visual rythim in the repetition of the patterns around the illustration. The media does not play an important role. This artist could have given off the same sense in a different medium. This is a unknown narrative. It given of the feeling of harmony and peace