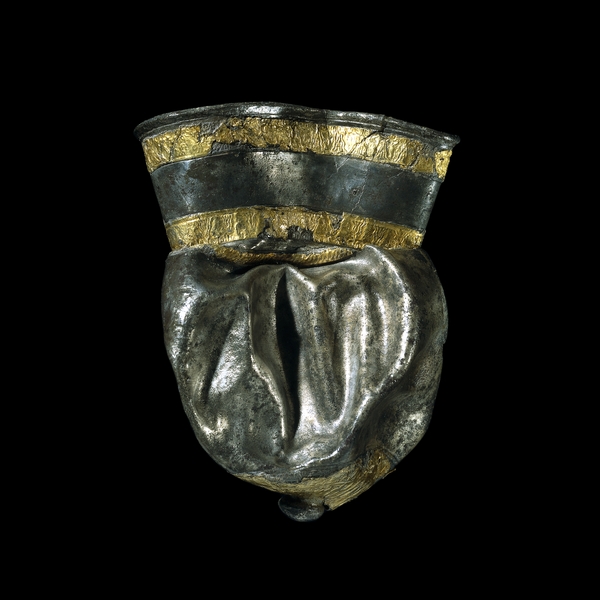 Silver Beaker This silver drinking cup had a bowl-like lower portion with a central raised button and flared upper half. The beaker’s neck was decorated in gold leaf with 2 bands of geometric and floral patterns in low relief, and a similar floral pattern decorated the bottom. It was crushed by the weight of soil. It was excavated from ash and debris in living quarters at Nimrud (now Fort Shalmaneser) in Iraq, and is dated ca. 670 – 620 BC (2670-2620 BCE). The ash is associated with the destruction of Nimrud at the end of the 7th century BC. It was found hidden beneath a floor by M. E. L. Mallowan during his excavations in 1958, and has been held by the British Museum since 1959. This beaker is associated with the end of the Assyrian empire, and so could be seen as a bookend to termination of that period of Middle Eastern history.