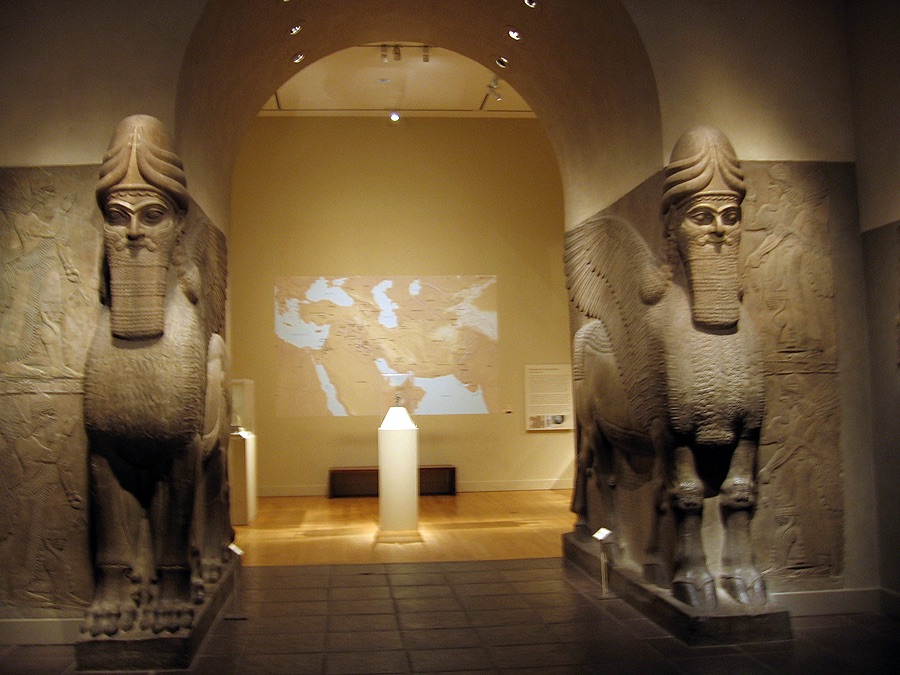 A statue of Lamassu from Mesopotamian Mithology. The “king of Assyria”,lime stone, alabaster. The figure is about 42 ft high. The statue from the British Museum is part of a set of figures from the Sumerian culture. This god often depicted as having human head, wings and the body of an ox or a lion used to be in the main entrances of the Temples to give protection. Lamassu represented the zodiacs, parent-stars and constellations. His beard supported the image of a wise God and he is always standing like a guardian. In the wall the images of Marduk.God of heaven and earth. Identified as Jupiter in the first millennium. His sacred animals were horses, dogs and dragons. On his hands generally holding a bow, spear, net or thunder bolt which represents fertility and vegetation. Sometimes Marduk is represented as a snake-dragon. Marduk became the head of the Mesopotamian pantheon in the first millennium .He was also the patron God of the City of Babylon, where is the Temple of Ziggurat.