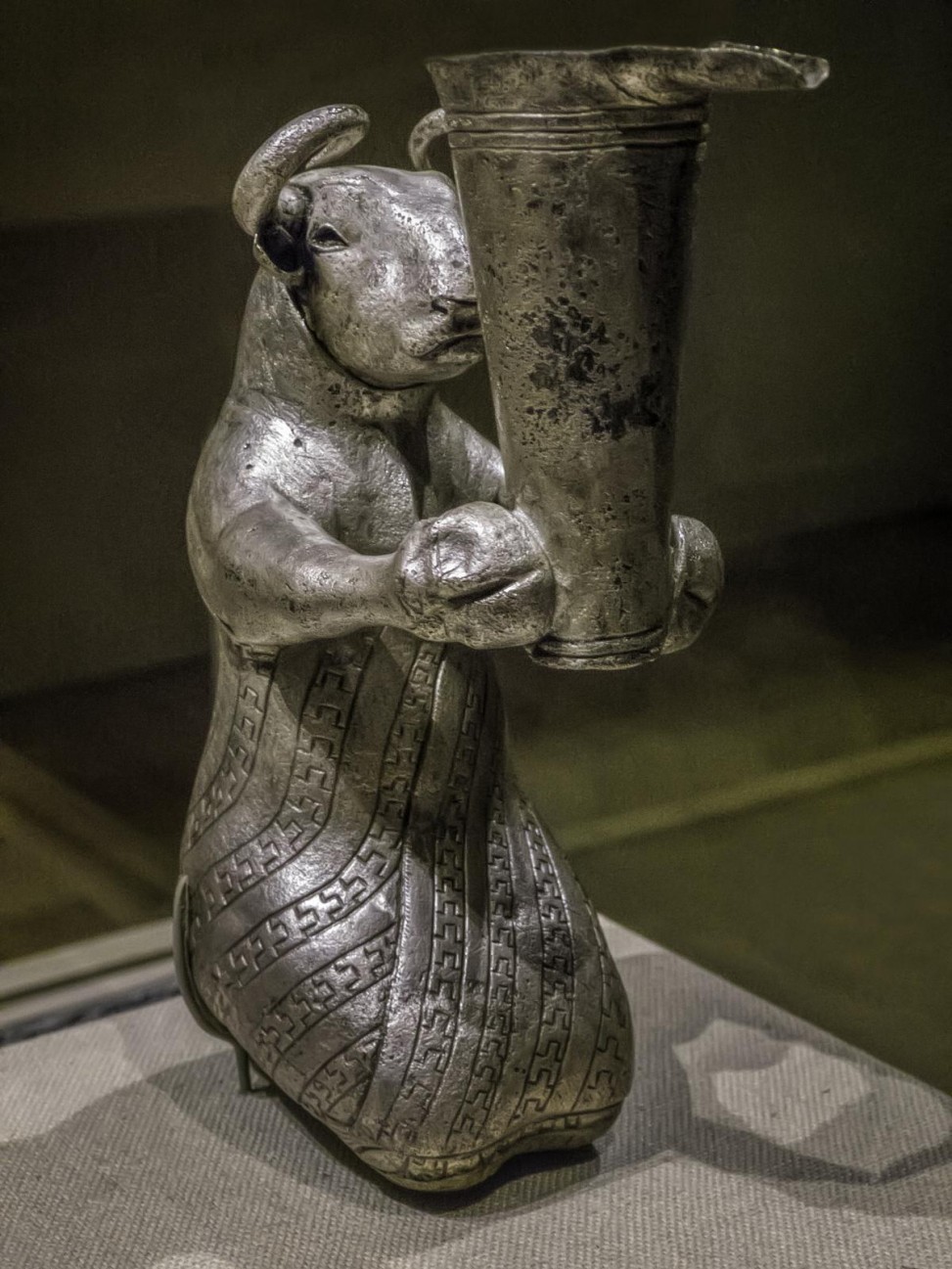 The kneeling bull is a small silver relic, holding a vessel with a spout and wearing human robes. The pattern of the said fabric is an interlocking lock and key, and ties it in harmoniously. With a medium of silver, the importance of the idol is prominent. Made out of a precious metal, it is a possible house idol for upper class peoples and conceivably a religious deity. The artwork currently resides in the Metropolitan Museum of Art, and is owned by Joseph Puliter Bequest 1966.The statue is 16.3 cm high and from the Proto Elamite period, and the statue is dated from 3100- 2900 BC. The statue is from South West Iran. The statue is thought to be a fertility idol or household idol. It was made by creating a mold and then smelting the silver, then pouring the silver in the mold. The silver was most likely imported through trade from foreign land. The Kneeling Bull is a very humble and simple piece with a complex meaning behind what our eyes can see, with out realizing the importance of said statue it can be overlooked. Silver was a very rare imported metal and only used on important things, the use of it makes this piece a great valued treasure at this period in time and is hardly appreciated.