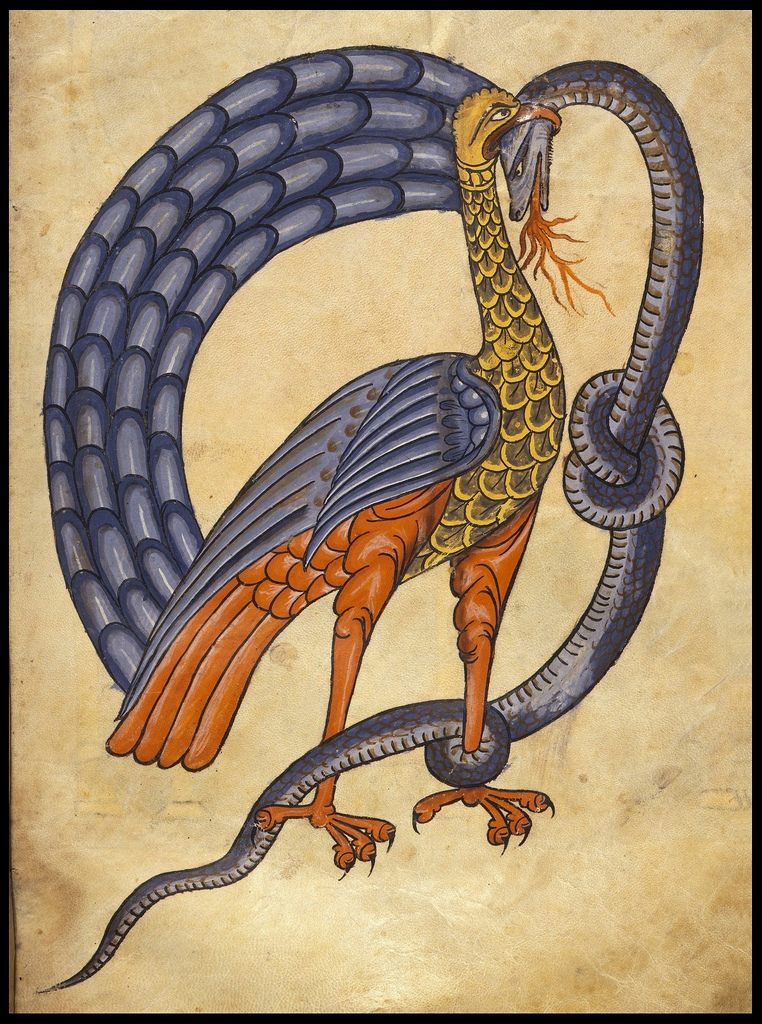 Preliminary description of the bird and snake battle

This artwork is of a colourful bird that has a snake around the head, and the snake has wrapped itself around the birds left leg. The snake is long and has tied itself in a knot as well as curled around the left leg of the bird. It is spitting what looks like fire out of its mouth or it could be a many forked tongue. The bird has big long legs and a long neck. It has blue wings, and an orange under body with a green and yellow neck and head. There is a big blue curve coming out of the birds head and connecting to the tail, and we are not sure if it is supposed to be a headpiece of feathers or if it is representing something else. Line is used here to show bold lines, especially in the ‘head piece’. The medium is paint, and the colours are very bold and bright, with bold blue, orange, yellow and green. The lines on the neck of the bird actually look like scales. The line use is pretty simply drawn, but bold. There is not much use of shadow here, it is just simply drawn and coloured in. There seems like there might be some shadowing under the leg of the bird, but that is it. There is some pattern in the wings and tail and the scales/feathers of the bird. There is no foreground or background, it is just painted on a plain background; the subjects are standing in the air. Our attention is not drawn to the texture of the piece, as it just looks like a smooth painting, on paper or papyrus.