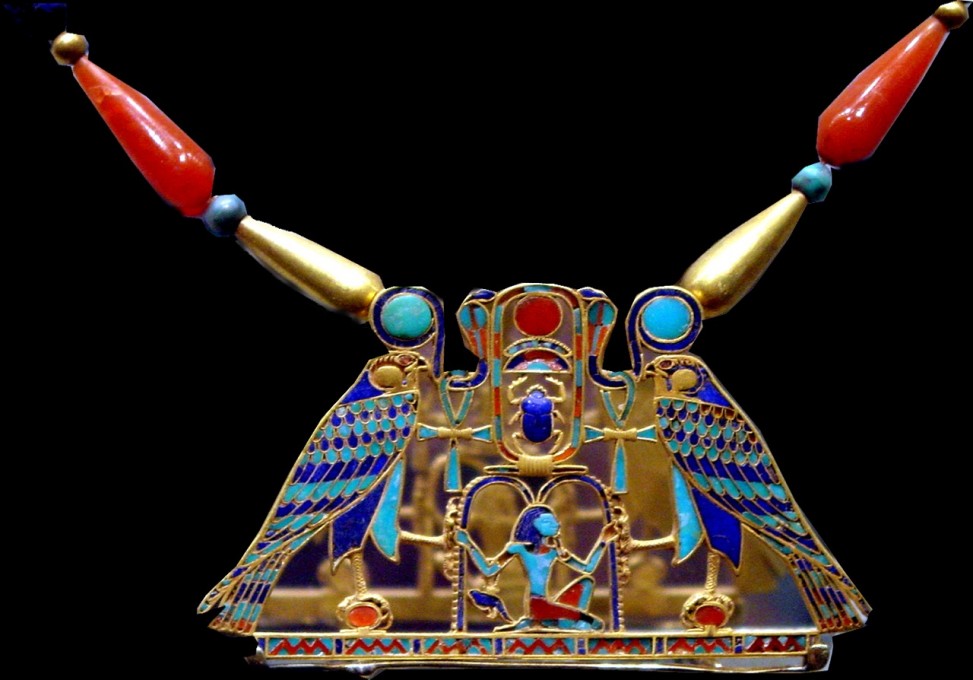 This is a support image for the Scarab Pectoral that belonged to King Tutankhamen. It is composed of the throne name of King Senwosret II, and was found in the tomb of Princess Sithathoryunet, his daughter. The pectoral, along with its necklace and the Princess’ other jewellery were found in a special niche in her underground tomb that was located beside her father’s pyramid in Lahun. The pectoral had been made with 372 carefully placed pieces of semiprecious stones. These stones included carnelian, lapis lazuli, turquoise and garnet within the 4.5 x 8.2cm golden shell. It has been dated to the Middle Kingdom period, during the 12th Dynasty, around 1887-1878, C.E. It had been discovered in 1914 by the Egyptian Exploration Society excavations. Currently, the piece belongs to the Metropolitan Museum of Art.