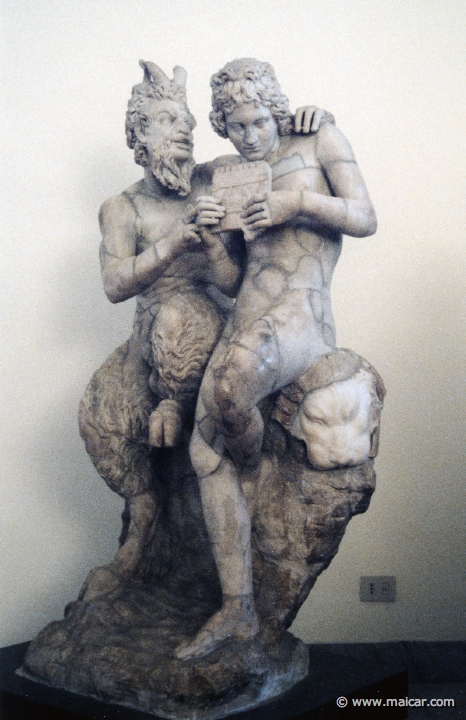 This statue depicts Pan teaching Daphnis how to play the Pan flute. Pan was once chasing the nymph Syrinx, who flew to the river Ladon and transformed herself into a reed. Pan broke the reed into peaces and tied them together to the flute and named it Syrinx. It so became the flute of the shepherds.