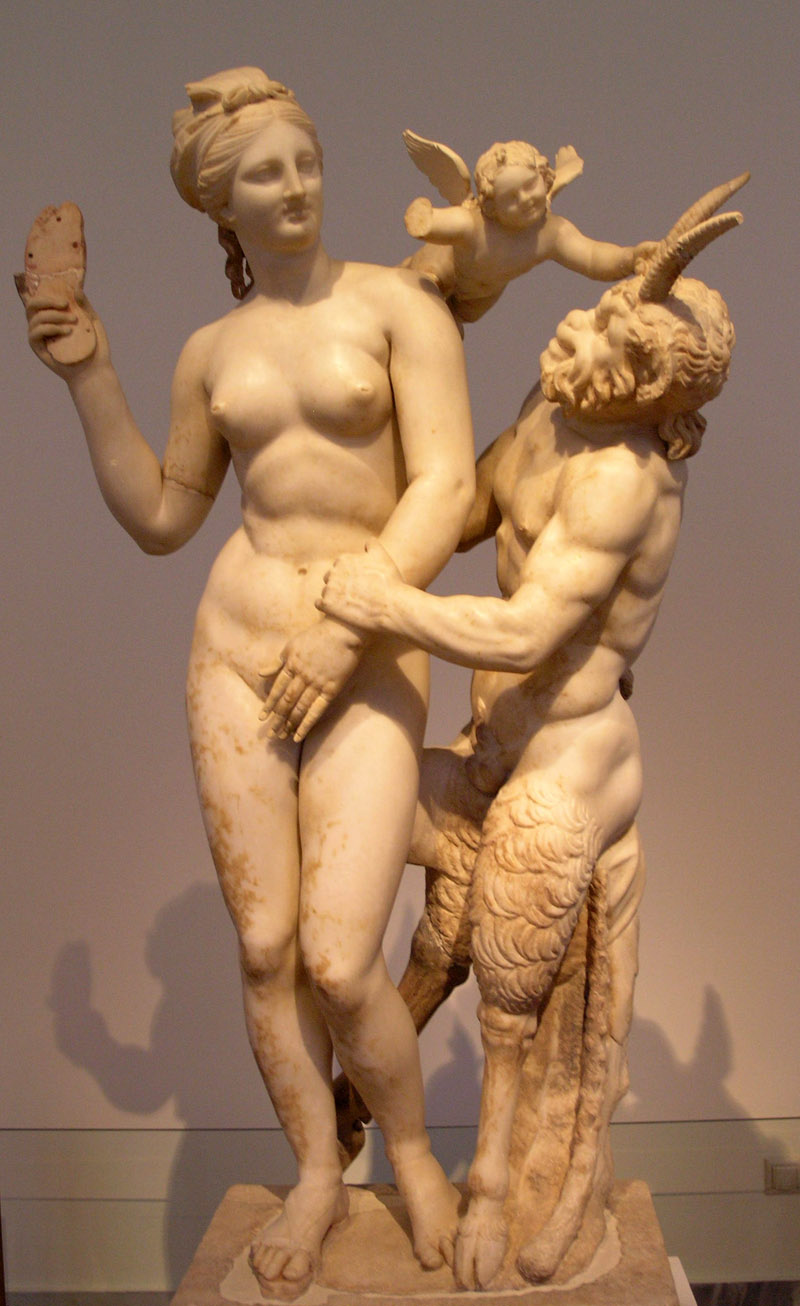 Aphrodite, Pan, and Eros – Not preliminary- after researching

Aphrodite and Eros are fighting off the advances of Pan. Aphrodite is the naked goddess of beauty and love. Eros is the little winged son of Aphrodite. Pan is a goat-footed, horned god who is attempting to get with Aphrodite, and Aphrodite is warding him off with her sandle, and Eros has come to help Aphrodite. Eros is trying to get Pan away by grabbing his horn. Aphrodite is not scared of Pan, she is keeping her demeanor and gracefulness, while warding him off with her shoe. Pan is grabbing at her left hand and leaning into her. He leans on a tree trunk covered with an animal skin and has left his hunting stick at the foot of the stump. On the base of the sculpture is an inscription that has been carved, reading ‘Dionysos, son of Zenon who was son Theodoros, from Beirut dedicated [this offering] to the ancestral gods for his own benefit and that of his children’. Side note: Pan is associated with sudden fear in lonely places (panikon deima) the origin of the word Panic / fear. Aphrodite, pan and eros made in about 100 BC height base included: 1.55m From island of Delos found in 1904, in house of the poseidoniasts of Beirut Exhibition: National Archaeological Museum Room 30, no. 3335 Marble structure