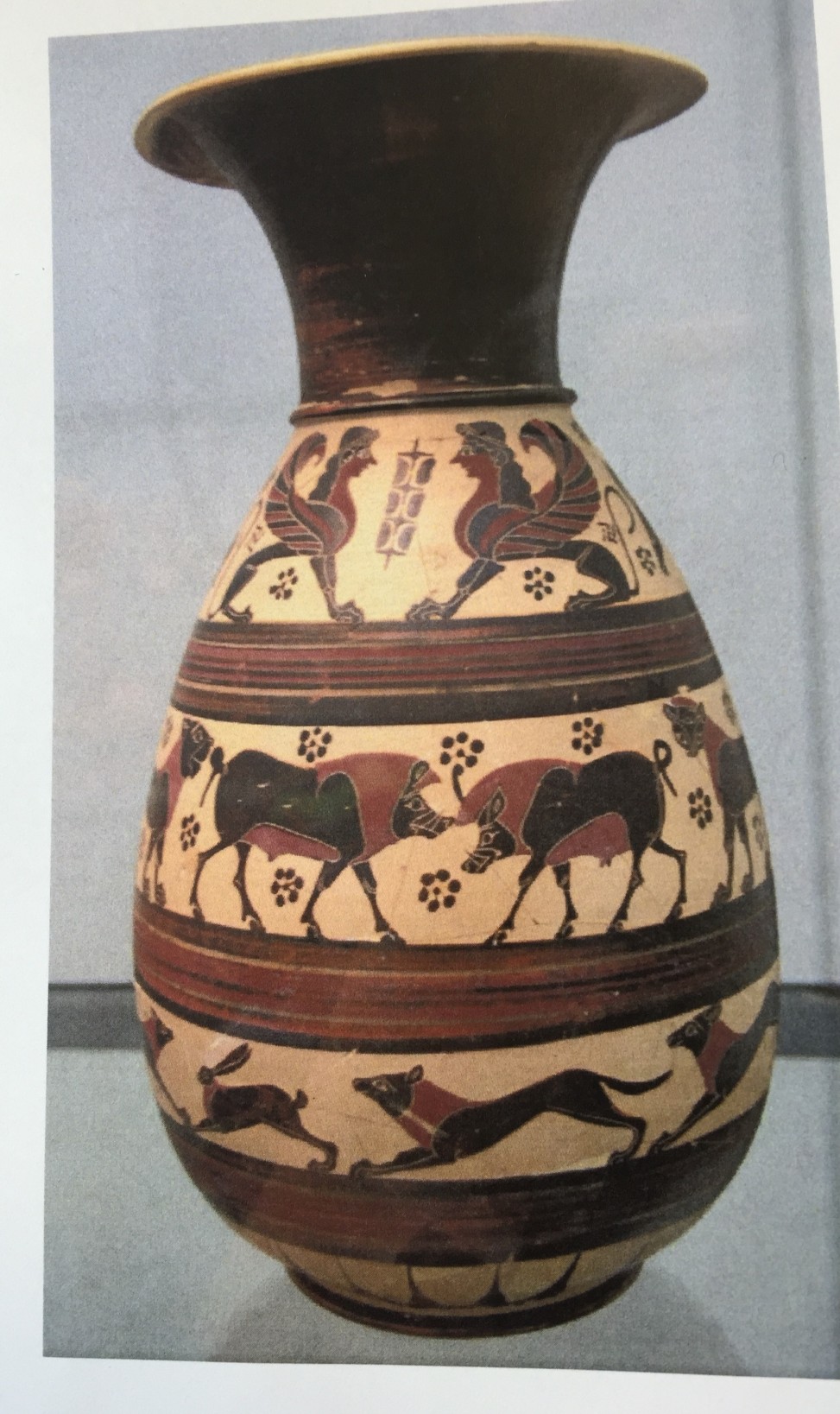 This piece is a protocorinthian olpe with black figure drawings of animals depicted on the outside of the vase. An olpe is a single-handled vase that was used for wine. It is typically tall and has a small dip on the mouth of the vase to help with the pouring of the wine. The painting on the pottery features small dotted flowers throughout the background of the piece which was a common pattern that can be found on many pottery works during the same time period. It was found in Sicily, Italy which was once a part of Greece. This work is 36.4cm tall, and made of terracotta. It is now being held at the Staatliche Antikensammlungen museum in Munich, Germany and the piece dates back t 630-615 B.C.