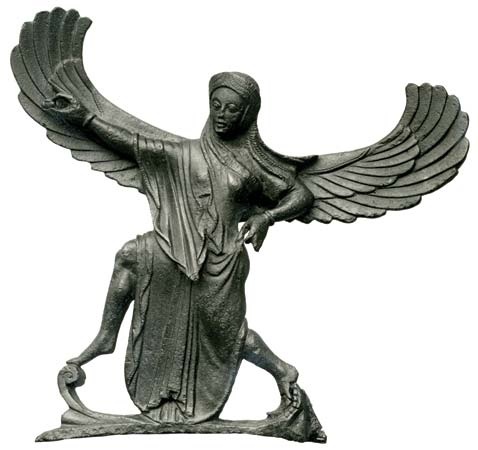 Supportive image for the figure of the goddess Nike. This is a different angle but the same figure as the original post. Nike is the goddess of victory and is often shown with Athena the goddess of war. Nike is also depicted on a lot of trophies. She is also often shown in flight or hovering, which you can see in the placement of her feet.