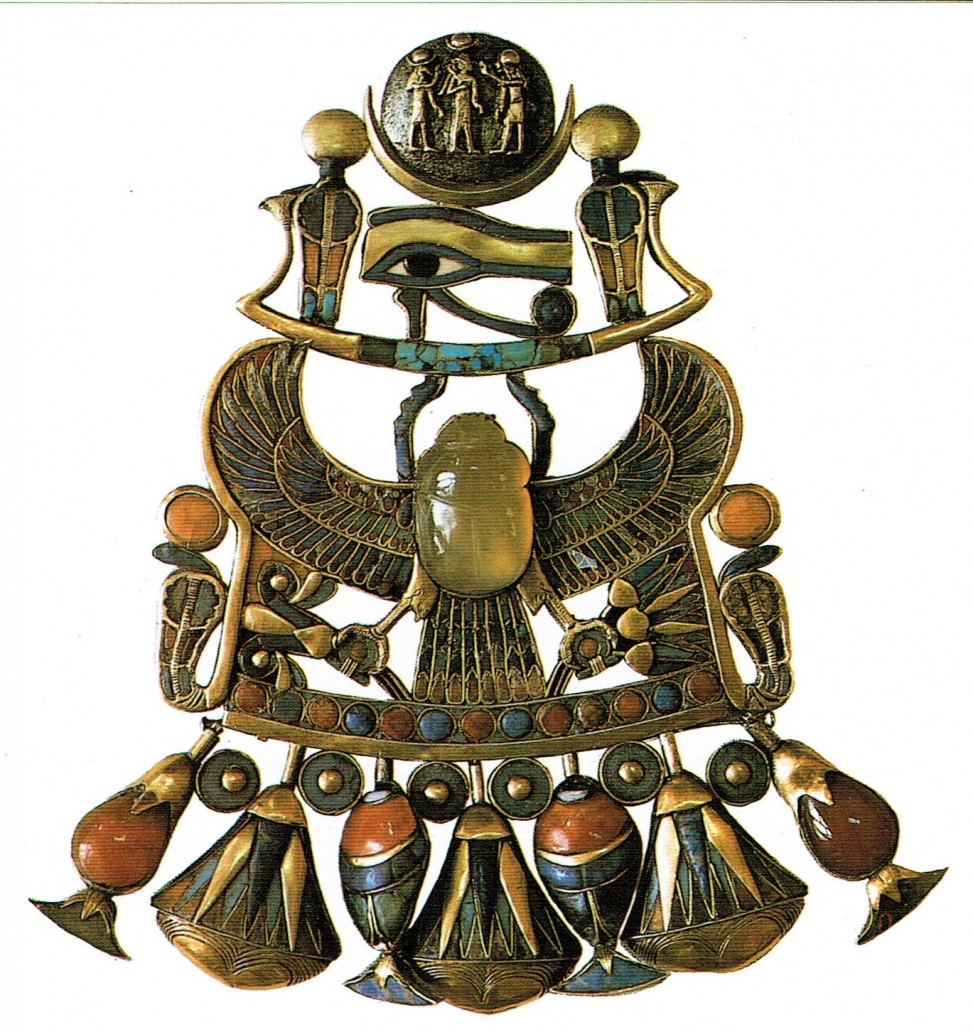 This Pectoral found by Howard Carter along with Boy King Tutankhamun and his treasure, is about 14.9 cm in height and 14.5 cm at its widest point. The piece is composed of materials such as, gold, turquoise, lapis-lazuli, carnelian, calcite, obsidian, and colored glass. The most striking feature of it is the winged scarab at its center. The scarab itself is formed of a single piece of unblemished, translucent chalcedony which has a greenish tint and almost seems to glow. The scarab is a symbol of, the sun god at dawn, Khepri who is normally shown rolling the sun disk with his front legs. Another difference found in this depiction of Khepri is that his rear legs (which have taken the form of vultures’ legs) can be seen holding the shen signs of authority as well as lotus and buds on the right and on the left an open lily. Both of these flowers are typical representations of Upper Egypt. Sitting on the front legs of Khepri can be seen a golden bark containing the left eye of Horus which represents the moon. On either side of both the eye and the winged scarab there sits an Uraei with a sun disk atop its head. Just on top of the eye of Horus, at the very top of the pectoral, sits a moon disk with its gold crescent. In this lunar disk you can see the King flanked by both the ibis headed god Thoth and the falcon headed god Re-Herakhty. Both Thoth and the boy king wear moon disks while Re-Herakhty wears a sun disk. The pectoral overall is a great piece of Egyptian jewelry and craftsmanship. It really shows the ingenuity of Egyptian jewelry makers in using a variety of materials and symbols to create a wonderful piece.