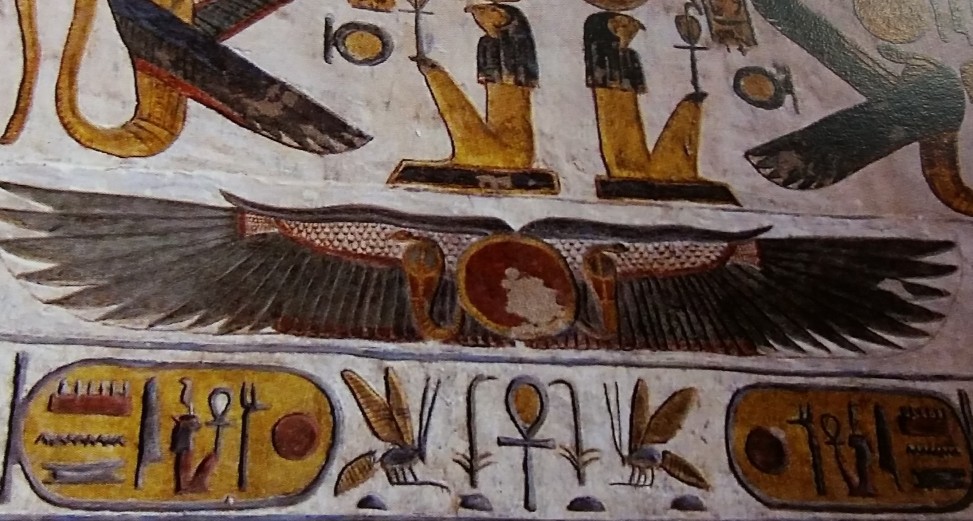 The winged sun is one of the oldest Egyptian symbols that appeared as early as the “old kingdom” (around 2600 BC). It is a symbol of royalty, divinity and power. Also a symbol of the soul and its eternity; it was often placed in temples as a memento to the people of their eternal nature. Also found in burial tombs.