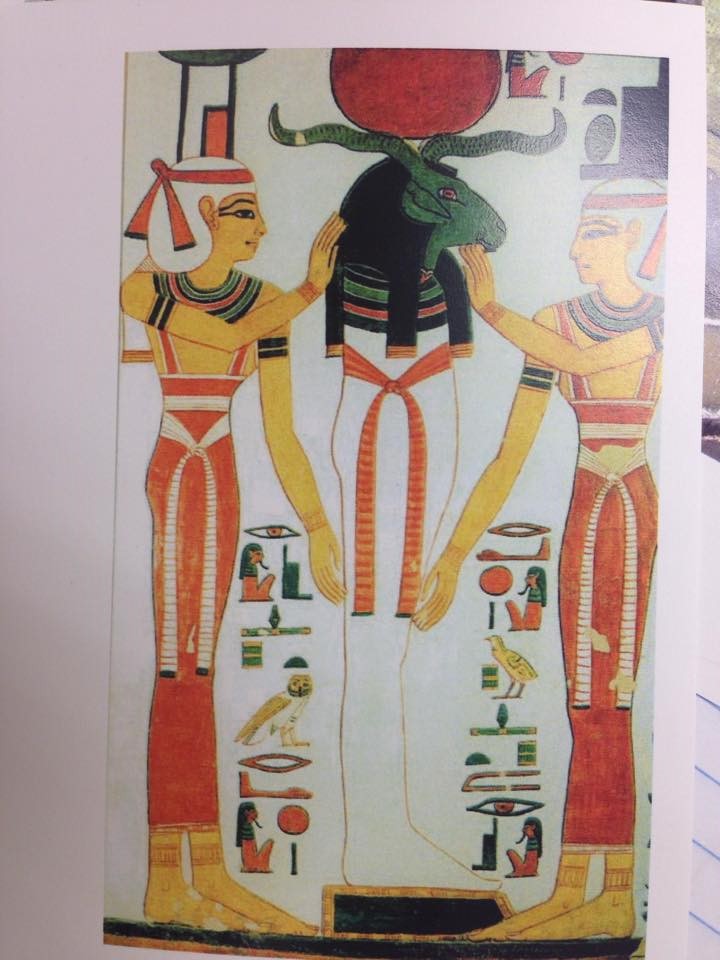 Pre-research impressions of a hybrid hieroglyphics

– Features two people, possibly servants and between them is a hybrid with a human body and a ram´s head – Hybrid could be a god/goddess or a pharaoh – Two sets of hieroglyphs, possibly depicting a story and describing the scene on the painting – Red sun featured above the hybrid´s head – Hybrid is armless, maybe they´re wrapped up in the white linen like they did with mummies – Ram head wears hair or a headdress – Image is painted with vibrant, earthy tones – Quite realistic but still styalized parts – Piece is very closed-in and compressed, not much empty space – Ram head is of a dark green and black what draws in the attention – Fairly symmetrical, servants are identical and facing inwards – One can assume this piece was painted on a stone wall in a temple or tomb – Vibrant colours of the paint help distinguish it from the background of the wall – Painting could be depicting a ceremony, ritual, tribute or story to a god/goddess or pharaoh