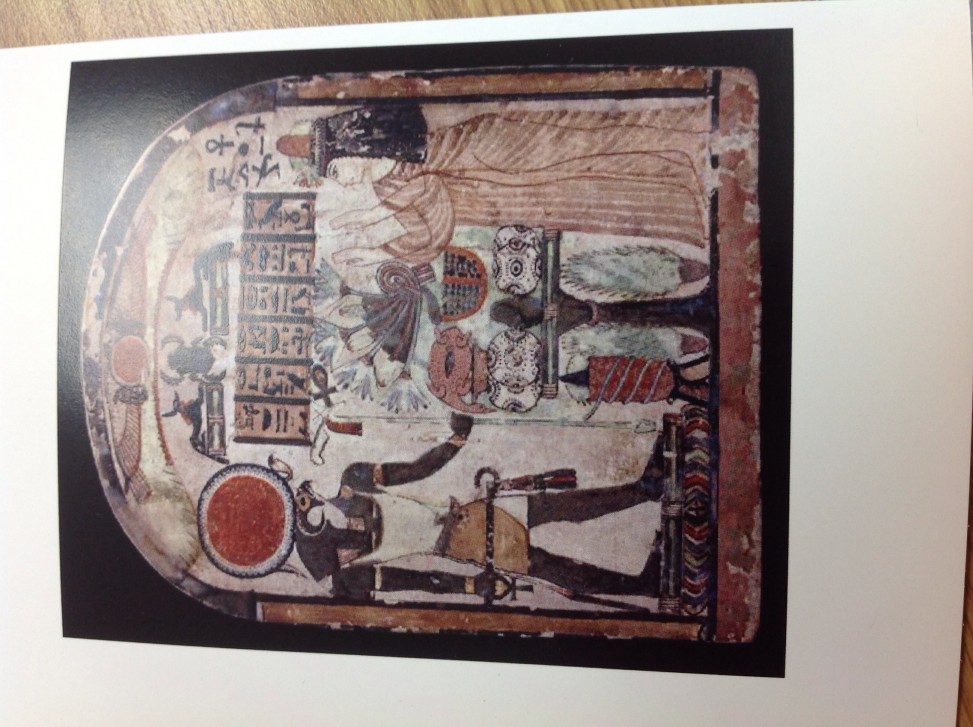 This is a stele depicting Horus with a woman, along with hieroglyphics on the top describing the image. The fact that this is a stand alone work means that this is an event that people would be able to recognize. Line is used in various ways throughout the piece, mostly found to emulate texture like in the woman’s robe and the plants as well as the wings surrounding the sundial. There is a very prominent line used as a boarder possibly used to fragment the piece from others to cause a story/comic book effect. There is very little negative space the work is mostly covered in some sort of symbol or imagery. However there is more negative space present around Horus maybe suggesting his importance, along with the fact that he is on a pedestal so he is taller than the other figure. The colour used is mostly reds, browns and yellows with a few parts green. The medium plays an important roll because the pigments are used to cause the effect that is shown. There is symmetry found with the two depictions of Anubis at the top but not in the lower part of the stele. The piece is fairly balanced with each side having a figure with some other objects.