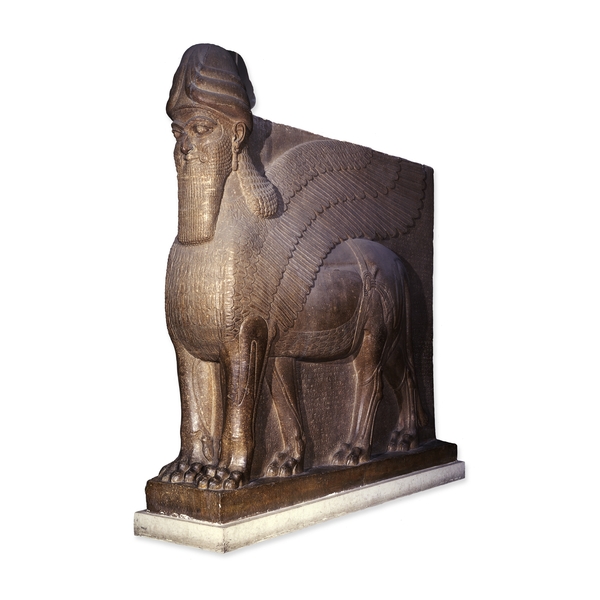 Support for Lamassu Lamassu- Winged Lion Man. 883-859 B.C.; Neo-Assyrian period, reign of Ashurnasirpal II 10 ft tall. 883-859 BC, Alabaster stone. Sculpted in relief. Housed at the MET and the British Museum From the side we can see his body and the rest of his legs. He has a fifth leg for stability, in a striding stance, ready to face evil. His body is mostly smooth with some line to emphasize muscle. His wings, chest and beard are covered in repeating lines to build texture; in contrast there is a lack of line on his body which demonstrates that he is strong and swift. The king’s titles, achievements and ancestry is recorded between his legs in bas-relief. Sources: http://www.metmuseum.org/toah/works-of-art/32.143.2 http://www.britishmuseum.org/explore/highlights/highlight_objects/me/c/colossal_statue_of_winged_lion.aspx