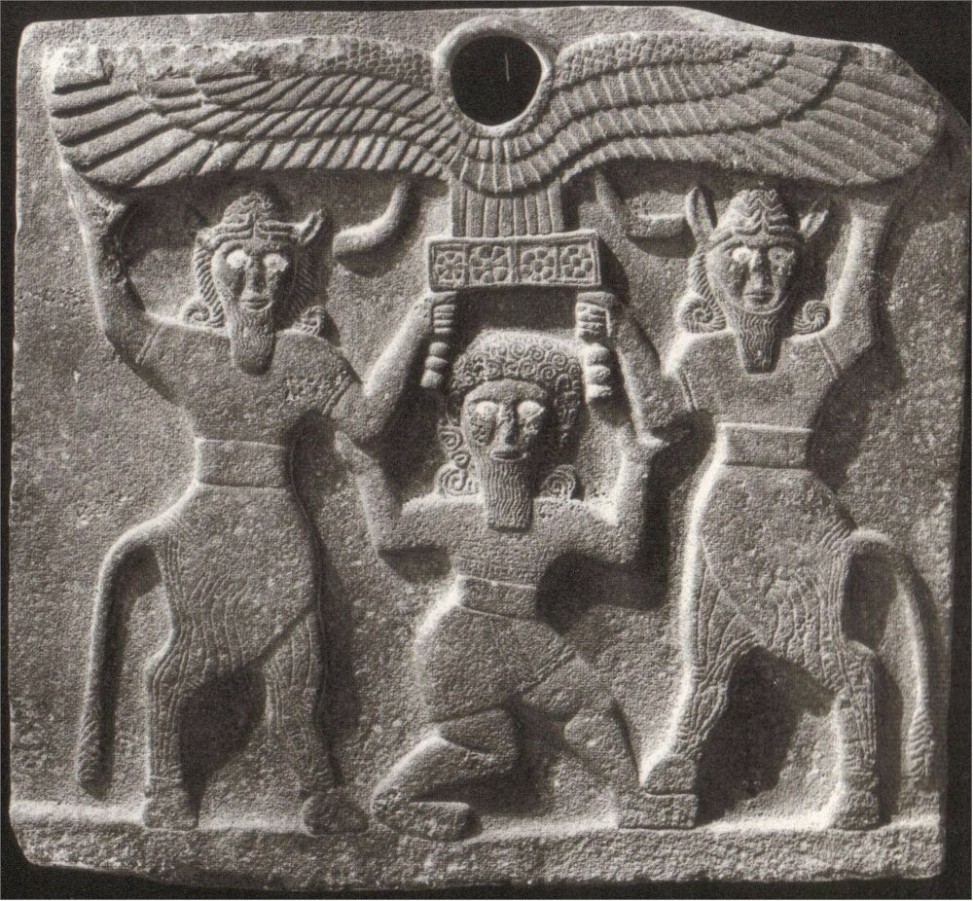 The subject matter of the work is Gilgamesh between two bulls holding a winged sun disk. It is a stone relief with many organic lines and linear lines making up the individual feathers in the wings. The lines accentuate the texture in the curls of their hair and to outline shapes such as their eyes and belts. The three figures holding the sun disk make up a shape of a square with the use of suggestive lines. There is a lot of tonal contrast and the light and dark help the work become more three dimensional. Most of the colour comes from the primary material used to make the relief, the only added colour which is white is found in the eyes. By keeping the stones natural hue it gives the piece a monochromatic appearance. There is a strong pull to the textural part of the work due to the most detailed part of the piece being in the centre and top. Gilgamesh’s hair is the most intricate and draws ones eyes, along with the feathers which look more deeply carved than the rest. The composition is very harmonious with each side having the same amount of characters and information. There is symmetry present in the work aside from the middle figures legs. The choice of carving in stone has a role in affecting the tone of the art piece because the deeper it is carved the more shadow it produces. You could achieve a similar affect by carving from wood but stone is longer lasting. The sun dial seems to be of importance being placed at the top of the piece. Gilgamesh’s stance might be portraying his heavy load of responsibility as a king, or his great strength supporting the bulls arms to hold the sun disk. The artwork was discovered in the late 1800’s by a German man. It was made by Mesopotamians in the 9th century BCE and is now available to view in the Aleppo museum in Syria.